The Fascinating History of Men’s Fashion During the ’80s

The '80s was one of the most iconic decades of fashion, especially for men. There were a slew of trends that men followed, some of which can still be seen on modern-day men and runways alike. Ready to travel back in time to see men's fashion in the '80s? Take a tour of the 10 years of the most daring apparel ever adorned by the sterner sex.

The ’80s was one of the most iconic decades of fashion, especially for men. There were a slew of trends that men followed, some of which can still be seen on modern-day men and runways alike. Ready to travel back in time to see men’s fashion in the ’80s? Take a tour of the 10 years of the most daring apparel ever adorned by the sterner sex.

The 80s saw a drastic change in the fashion world. Even before Lady Gaga went gaga over whacky outfits, the youth of the yore were already donning them. No, it wasn’t over-the-top crazy. It was fearless. Eighties was all about fashion for expression. Even today, the fashion of that decade regularly influences designer collections but it wasn’t the victim to just one trend. Experimentation was big and the men proudly strutted their stuff on the streets. The look was to go punk, preppy, or sporty-casual but, “sexy” was the word of the day. The men of the 1980s modeled tanning lines, fine mustaches, tight bottoms, all shades of the color palette along with extensive accessories. In fact, many items of clothing seemed to be excluded from the attire like shirts with no ties and shoes with no socks.

You may bestow the credit for the drastic change in men’s fashion, from the 70s to the 80s, to one of the most popular sitcoms of the time – ‘Miami Vice’. It really does deserve an acknowledgment here for its contribution to men’s fashion in the latter half of the decade. Apart from Don Johnson from the show, there were style icons like James Bond (of the 80s), Michael Jackson, Bill Cosby, Anthony Michael Hall, David Lee Roth, Mr. T, Boy George, and George Michael. Each one of them sported a signature look that defined the trends of the 80s that inspired the choices of young men.

In the 80s, hair became an integral part of personal style and men sported long-layered dense hair that was generously back-combed, with frizzy, curly, asymmetrical hairstyles, ponytails, mohawks, quiffs and several variations of the mullet. Hair parting became an outdated practice. Men experimented with bleach and hair colors, accessorizing it with bandanas, headbands and black hats. Hair spray, mousse, and gel became incredibly popular among men for the first time.

Jheri curls became fashionable in the 80s after stars like Michael Jackson began flaunting them. The hairstyles sported by emo kids today draw inspiration from those of the 80s. Facial hair was also styled and big, thick mustaches became quite popular. An example of a celebrity is the front-man of the band ‘The Queen’, Freddie Mercury, who triggered the fad among his male fans. Don Johnson made even the stubble look cool against his designer wear.

The punk rock look was popular among teens and young adults of the 80s. They dressed in tight pants with chains, sleeveless shirts, torn jeans, studded blazers, metal jewelry, dark makeup, colorful hairdos, and thick eyeliner. Endorsed by bands like The Sex Pistols, and Guns N’ Roses, the fans would wear tees that bore the names and logos of the bands. Leather jackets were customized and tattoo art became popular. Combat black boots, especially Doc Martens, were widely used by punk kids.

The ‘yuppies’ of the 1980s’ were the conservative ones who could be found at Ivy League universities and in corporate. It was easy to spot one because of the clothes – Oxford shirts, turtlenecks, polo t-shirts, khaki trousers, loafers, duck boots, argyle socks, dress pants, suspenders, pin-striped suits, corduroys, plaid sweaters that were often worn tied around the shoulders with a slicked-back hairstyle. Miami popularized wearing plain tees with suits, and padded blazers in pastel colors.

In the 80s punk junkies would always be ornamented with metal accessories like studs or earrings (on the left ear or both ears), safety pins on clothing, spiked or studded belts and chokers, long chains, lots of bracelets, piercings, leather wristbands, cuffs and black fingerless gloves with black leather booties and Doc Martens. Some could be seen lacquered with black nail paint. That was probably the most body jewelry worn by men ever. Fingerless gloves were not just worn by punks. The new romantics or ‘blitz kids’ devotees wore lace gloves. The glove trend was probably made famous by Michael Jackson in his ‘Billie Jean’ video in 1983 and his fans would often wear a white glove on one hand.

This was also the era in which Tom Cruise sported Ray-Ban’s Aviator sunglasses in his first box-office hit ‘Risky Business’, also in 1983. Then, in 1986, he did it again in the movie ‘Top Gun’. He also made leather jackets famous among studs who wanted to replicate his macho style. The 80s was the decade of watches. There were all types of watches being worn, some even around the neck. The more sophisticated pocket watches were carried by the gentlemen clad in sharply cut three-piece suits. In the mid-1980s, Swatch, the now internationally-renowned wrist watch company, manufactured plastic watches in lots of neon-colored swatches which were often worn several at a time. You could also wear the Pop Swatch on your clothes! At this time, digital watches was a newly invented technology and it was all the rage throughout the decade of 80s. Neon colors weren’t limited to watches and leggings. The men liked to adorn their wrists with plentiful neon-colored plastic bands and wore shades with bright frames too. What did go missing from apparel for a while were the socks. When the loafers came in vogue in the 1980s, men entirely skipped wearing socks.

Music had a huge influence on 80s’ fashion for men. In 10 years, the world witnessed a variety of contrasting fads in clothing, makeup and hairstyles, some of which have made their way even in to the 21st century. It was truly the age that gave birth to modern fashion for men. 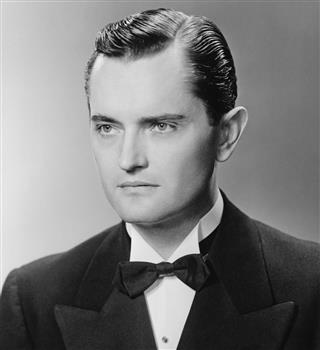 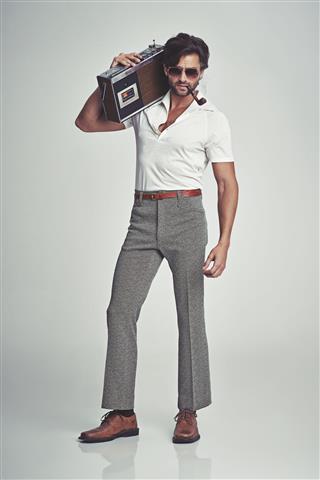 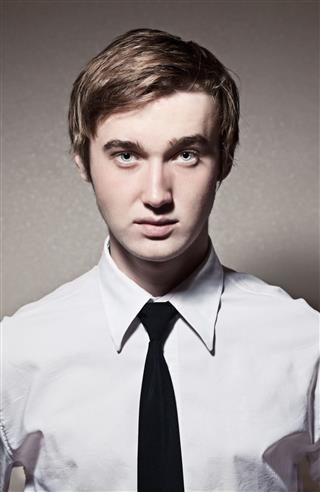 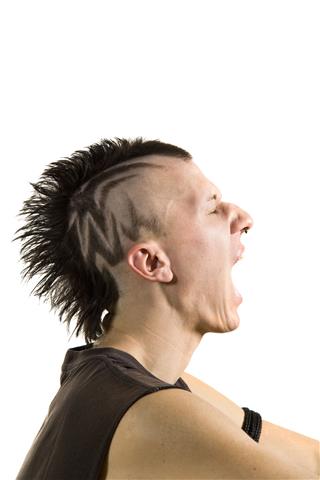 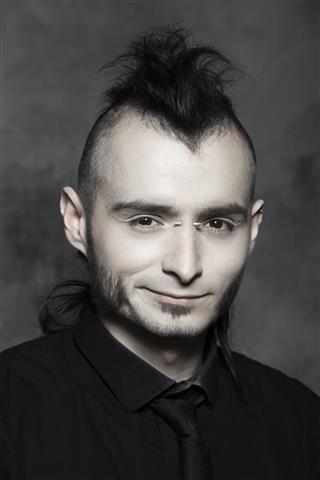 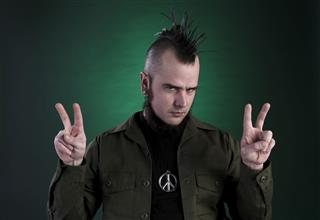 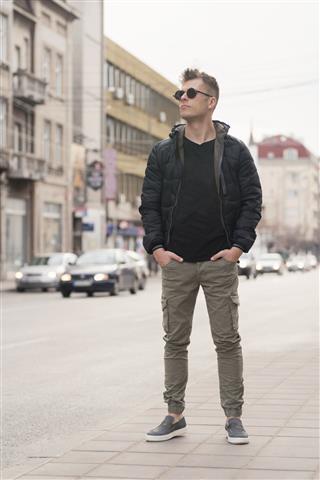 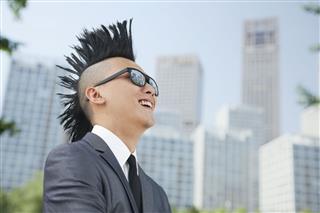 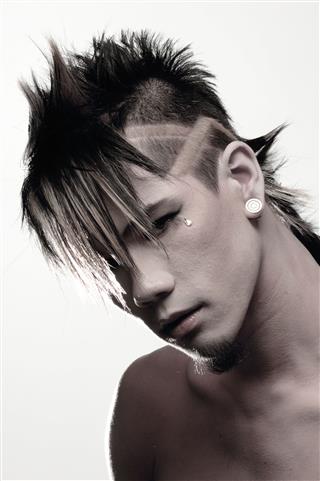 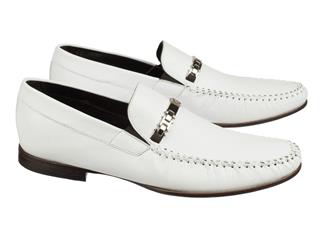 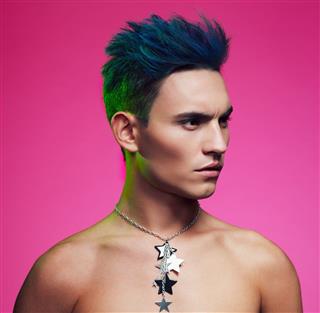 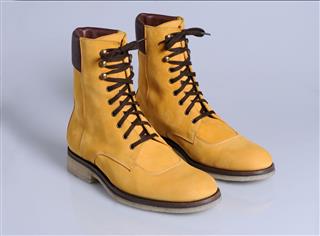 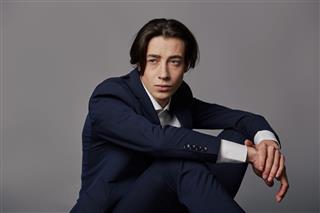 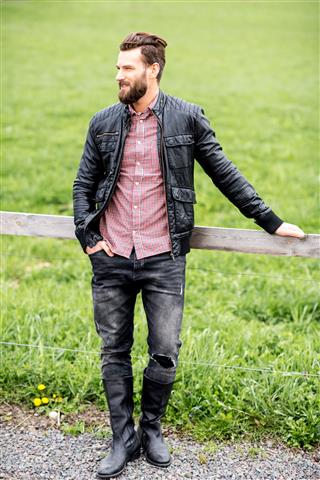 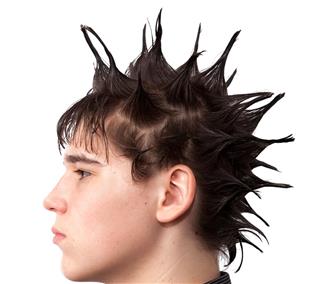 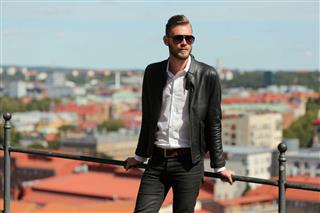 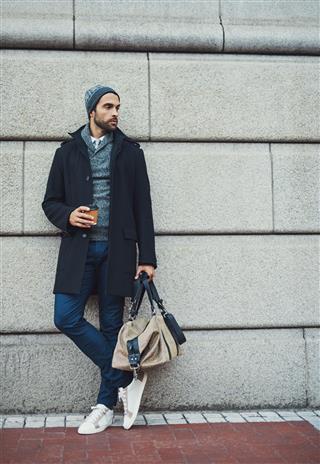 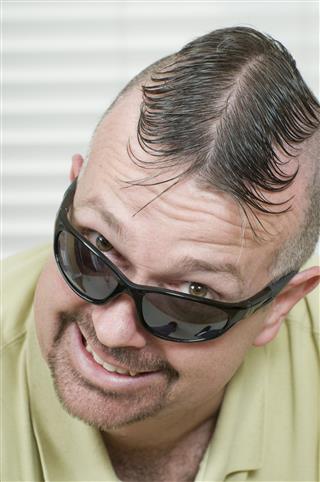 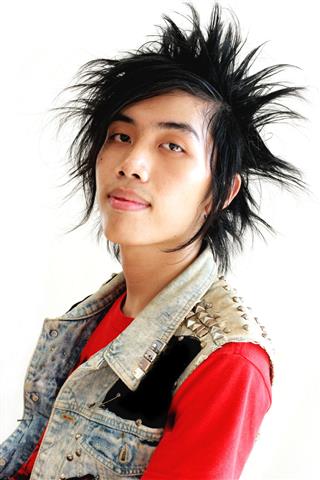 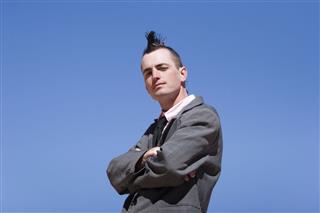 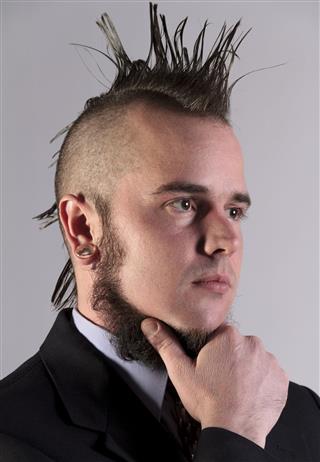 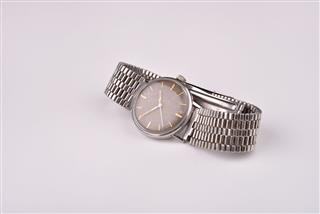