A nagging wife can kill the romance in the marriage almost immediately. Constant nagging and urging can lead to a divorce in no time. A wife that nags a lot doesn't only disrupt the family's peace but also poses a problem for the spouse in public. Read on to know how to deal with a nagging wife!

A nagging wife can kill the romance in the marriage almost immediately. Constant nagging and urging can lead to a divorce in no time. A wife that nags a lot doesn’t only disrupt the family’s peace but also poses a problem for the spouse in public. Read on to know how to deal with a nagging wife!

You fall in love with a girl. You love her and she loves you. She nags a lot but you miss her when you go home. Her nagging seems more of encouragement and concern. You be with her for sometime and then decide to get married. The nagging girlfriend suddenly turns into a nagging wife and things change drastically. Is this your story too? Are you wondering what went wrong when the woman you loved suddenly became your wife?

Everyone is a nice person when you just have to be with them. When the time comes for you to live with them, things take a different turn. Nagging also gives rise to a lack of empathy, which doesn’t improve things any further. Being with someone and living with that person are two different aspects that demand different levels of patience altogether.

Know If You’re Really Dealing with a Nagging Wife

There is no specific definition for a nagging wife. However, a wife who continuously nags, complains and urges her husband to do what she feels is right can be called a nagging wife. She is also someone who will find continuous faults in your words, behavior and actions. She will complain about everything from the weight you have put on, the kind of clothes you wear, the way you walk, the work you should be doing, so on and so forth. She will not be happy with the small gestures you make.

If you present her with a gift, she’ll probably end up complaining about that too. There is something called ‘faultfinding’ and a wife who continuously nags, will do just that. The superior wife syndrome can take this nagging to completely different levels where living together might become unbearable. Sometimes, wives start nagging out of frustration. They feel that if they nag, their husbands might give up on some behavioral patterns that are not acceptable to them.

4 Steps to Deal with a Wife that Nags a Lot

A nagging wife will make sure she finds all the possible faults in you. From your behavior in the house, to the way you act socially, she will make sure she brings all your problems right in front of you, sometimes in front of people too. While you might fight problems inside the four walls with ignorance, publicly, things might require change. You need to tell your wife that she needs to respect you in front of people, no matter what and that unlike you, they aren’t going to know that nagging is just normal behavior to her. It is said that intimacy in marriages can help solve this problem. Sometimes, women resort to the Nagging Wife Syndrome (nagging intentionally) on purpose, thinking they can change their husbands for good.

While some men might be able to fight their nagging wives with ignorance, some might just have to tolerate a bit more than that. Your wife is your strongest support system and in most cases, your emotional back up. If this person starts telling you how badly you perform or how every action of yours needs improvement, you suddenly start saying goodbye to the confidence you had earlier. Men start feeling that they are incapable of certain things and that they are not worth the woman in their lives. This might also lead to depression at times. So beware, just because she nags a lot, doesn’t mean everything she says is true!

A nagging wife will also lead to a lot many fights in the household. Every human has a certain amount of patience towards another human. If there is a child involved in the picture, things could get worse. Constant nagging might make the child feel that his father isn’t capable of being a good individual. On the contrary, the father might lose his patience more early than what is necessary and have some cruel fights with the mother. Sometimes, if the woman is not around, the father might take out all the frustration on the child. Don’t let the nagging do this to you. Try to keep your patience and see if things change for the better. If they don’t, opt for counseling.

Sometimes, a woman is also controlling in nature. A controlling wife who nags a lot can be a serious problem. If your wife tries to maintain control over some things in your life, it’s cool. Sometimes, wives can be better at certain things like managing finances and savings as well. However, if this controlling starts to frustrate you, it’s time you talk it out with her before it is too late. A relationship, even if it’s not marriage, should not suffocate the other partner in terms of freedom. Both the partners should be together yet maintain their individual self. If your wife’s controlling attitude is the reason for the smother in your life, wait and see if things change or contemplate separation.

Look at all this marriage advice from the positive perspective and try to improve things as much as possible. This information about a nagging wife and how to deal with one might have been of some use to you, isn’t it? Nagging can lead to many problems and thus, should be avoided at all times. Every person has the right to be just the way he is. If you have a wife that nags a lot, talk to her about her problem. Try to help her and be patient, things might just change for the better. Don’t let this nagging affect your family and of course, yourself! 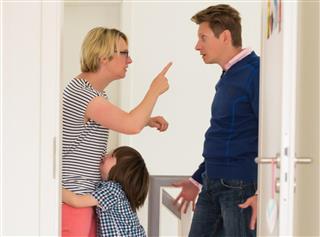 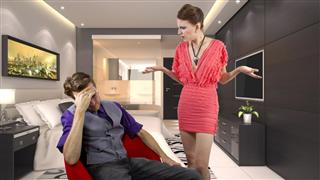 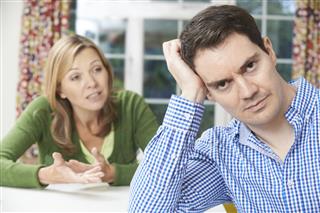