There isn't a truer statement than the one that speaks of women being difficult to understand. But perhaps, that's only because men fail to read out the subtle signs that they exhibit in certain situations, especially when it comes to liking someone.

There isn’t a truer statement than the one that speaks of women being difficult to understand. But perhaps, that’s only because men fail to read out the subtle signs that they exhibit in certain situations, especially when it comes to liking someone. 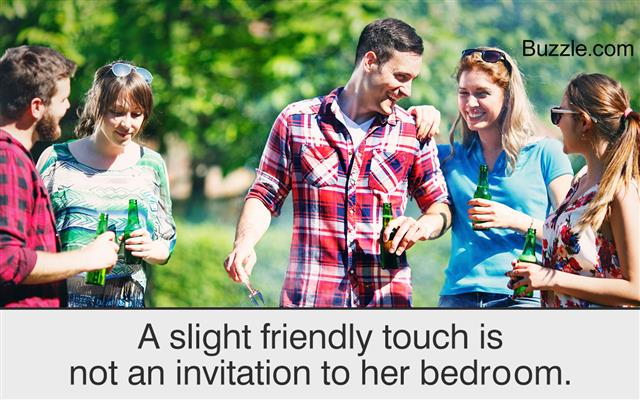 Not a tip, just a weird finding!

According to the Nature Journal, ovulating women get attracted towards masculine men, who are supposedly perfect for mating in order to give birth to healthy children. However, during menstruation, they prefer men with feminine and gentle looks, who come off as highly considerate and kind.

Not that we want you to ask women when they’re going through these phases, but it just emphasizes on the fact that women are looking for different things at different times, which gives you a hint to be as flexible and versatile as possible when it comes to wooing them. When you seem to be a perfect package of masculinity and sensitivity, what reason will a woman have to not date you?

Women not only have different moods towards different dudes, but also a completely different way to show their likeness towards someone. While the dominant gender would give quite direct signals (and we’re not counting shy men here), women will exhibit signs that are comparatively mellowed out. It can become quite a challenge to read these signs, and most likely misinterpret them. Fret not, the following section gives you some pro advice on how to ensure the fact if she’s truly, genuinely into you, or if she’s just being polite and (forcibly) friendly.

Signs of Attraction that Women Display

We wouldn’t waste your time telling you about the most overrated gestures that are considered to be a “green signal” by many men. For instance, her smiling at you, agreeing to hangout with you, or probably joining you for a couple of drinks; clearly, if a woman is doing all of this, it definitely means that she likes you, but it needn’t be that she likes you as a potential date. Perhaps, she just needs a friend and you seem fun.

You need more concrete signs to ensure that both of you are headed towards the same direction. Perhaps you’re looking for a long-term relationship, or maybe you’re just hoping to get lucky for a night. Irrespective, it is important to gauge if she―be it at a conscious or subconscious level―is doing things that are most likely indicating her inclination towards you. What are those things? The following points explain some of them.

She gets conscious around you

Do you notice a change in her posture when she suddenly realizes that you are around? For instance, if she was slouching beforehand, she straightens her back, probably runs her fingers through her hair to ensure she’s not looking unkempt. Her expressions change instantly. In short, she gets conscious of the fact that you are around and wants to look her best self that moment.

This sign usually comes when the two of you are having a conversation. She would be listening to you attentively, but knowingly or unknowingly, she would be twirling her hair. Though it is unclear as to why women do it (most often not realizing that they are doing it in the first place), it is presumed that it is one of the actions done with the intention to make you focus on their femininity.

Are her feet pointed towards you?

This is one of the best signs to notice in clubs or other gatherings. Every party always has a group of girls, and if you are interested in someone who is one among that group, it always becomes a little difficult to approach her. However, notice her body language. If she is interested, she would ensure that she points her feet towards you. In addition to that, she might also distance herself a little bit from the rest of the group, which is an indirect hint that she wants to be approached by you.

She exposes her neck and wrist …

When it comes to women, the neck is considered to be a highly sensuous area. And they tend to expose their neck in front of men who they like. A simple gesture such as bringing all her hair on one side and showing off her slender neck is a sign―unless the weather is really hot!

Also, she will give you a glimpse of her wrist, perhaps sit while exposing her wrist towards you, or touch it herself. While this may come off as a surprise, the fact is that it is considered as a sensitive as well as a sensuous area.

She pops the ‘girlfriend’ question

A woman who is interested in you would definitely ask you if you have a girlfriend, and that too quite early in a conversation. She might do so directly or indirectly, but she surely will. Now, note that this sign can be a little vague, so you need to pay attention to how she asks you this question. One example for the same would be this. Say, if you passed some compliment her way, and she is all flattered and blushing. Smiling at you she says, “I’m sure your girlfriend would not like you saying this to me.” This just implies that she wants to ensure if she should entertain the thought of you furthermore, or stop right away.

She leans towards you to hear you better

Seriously, a woman who is not interested in a man would never breach, or let him breach her personal space. However, if you two have just started to know each other, and she likes you, she would do certain things that an uninterested woman wouldn’t. For instance, instead of just asking you to be a tad bit louder while talking, she would prefer to lean towards you to hear you better. This just indicates that she wants to come closer to you. Don’t take it as a sign that she wants to sleep with you, but she definitely wants to know you more closely.

She remembers the small little things

Probably you’ve had a couple of small chats, or, perhaps you’ve just had one or two outings together, but she remembers the small little things that you shared with her previously. For instance, she remembers how you like your coffee, or, she has noticed that you always pick up a specific brand of chips from the vending machine.

She avoids texts and calls when with you

When she interacts with you, be it at work, or even when you guys are somewhere outside, she doesn’t let any distraction come in between you two. For instance, if she has her phone ringing, or she has been receiving a lot of texts or email notifications, she chooses to avoid them over avoiding you. This is a very positive sign for you, my friend.

Have you been getting a lot of those random, gentle touches lately? In the sense that when you share a joke, she ends up resting her head on your shoulder for a few seconds while laughing her heart out. Or, perhaps, she touches your hair explaining that she’s removing something that was stuck there. A light brief placement of her hand on your shoulder, arm, knee, thigh, or chest, off and on …, has that been happening lately?

If the answer is a definite yes, then she is definitely attracted to you. Again, note that just because she’s exhibiting this sign doesn’t necessarily mean that she is waiting for you to visit her bedroom. Agreed, there could be a possibility that she is, but you need to hold your horses and be more sure of what kind of a person she is, and what’s brewing in her head, than jumping into conclusions.

She’s curious about you

If she’s around you just for the sake of politeness, she wouldn’t really actively participate in the conversation. But if she really finds you interesting and available, then she would dig in more. The way she asks about you, the way she tries to understand you better, does that indicate that she considers you worth her time and effort?

Having discussed the prominent-yet-discreet signs of attraction above, signs that women all across the globe are known to display, it is crucial to not forget that there is no ‘one sign fits all’ when it comes to the dating game. For all you know, she might just be a very friendly person! Or, she might be interested, but just as friends. Or, she might consider you a potential partner, but not right away. Or, perhaps she wants you to make a move, probably taking it to the next level. To determine if she is really, really into you, and on what lines is she thinking, you must read between the lines. From her talks, her dressing, her actions, try and gauge what she seems like, and when her behavior perfectly complements with the aforementioned signs, you will get an accurate cue for sure. All the best. 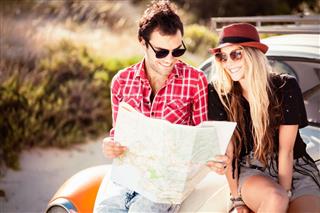 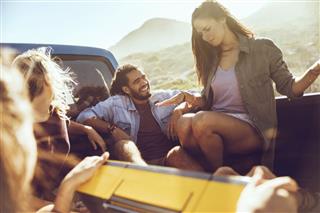 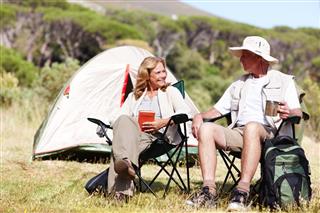 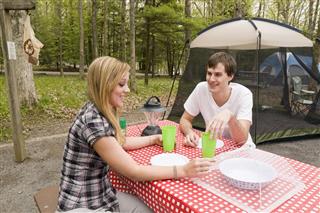 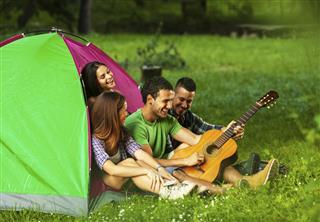 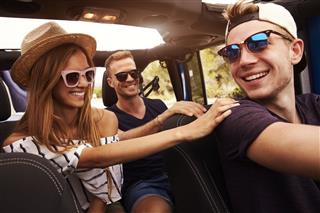