Traditional German Clothing for Men That Convey an Old-world Charm

There is a difference between clothes worn daily and what is worn as part of one's heritage and tradition. National costumes or dresses vary from country to country and even regionally, with different styles being adopted in different areas of the same country. Here are the clothes make up traditional menswear in the European nation of Germany. 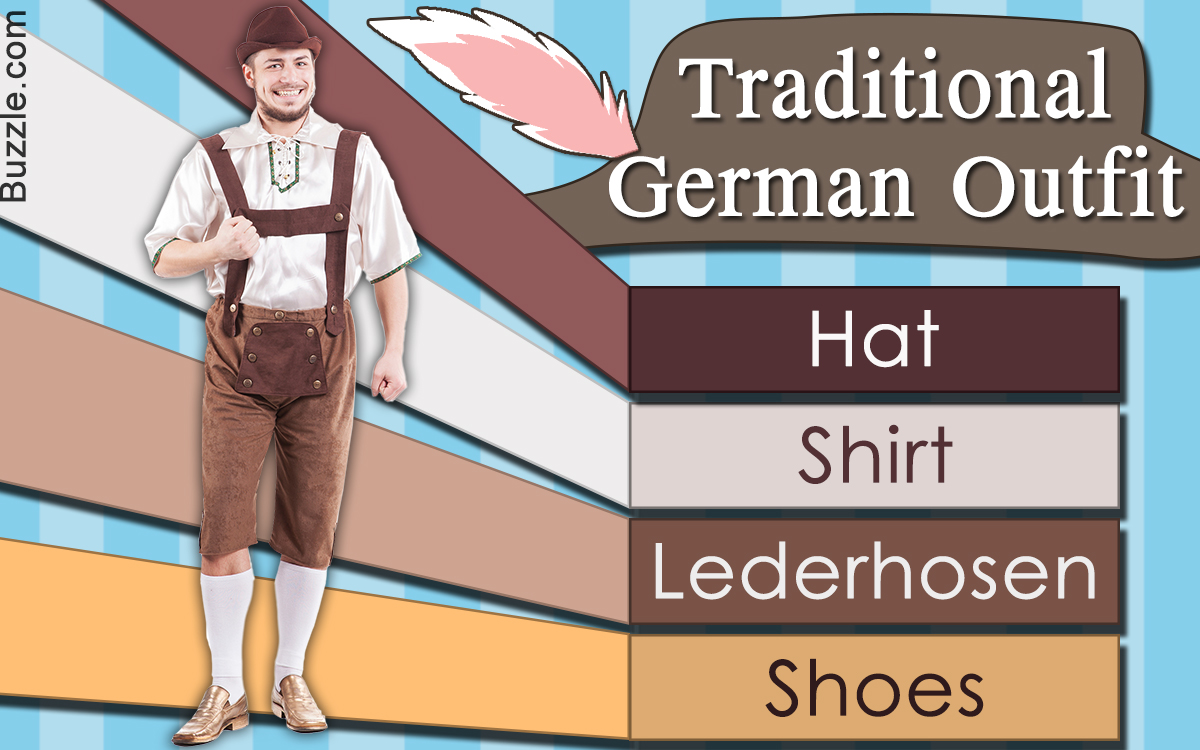 There is a difference between clothes worn daily and what is worn as part of one’s heritage and tradition. National costumes or dresses vary from country to country and even regionally, with different styles being adopted in different areas of the same country. Here are the clothes make up traditional menswear in the European nation of Germany. 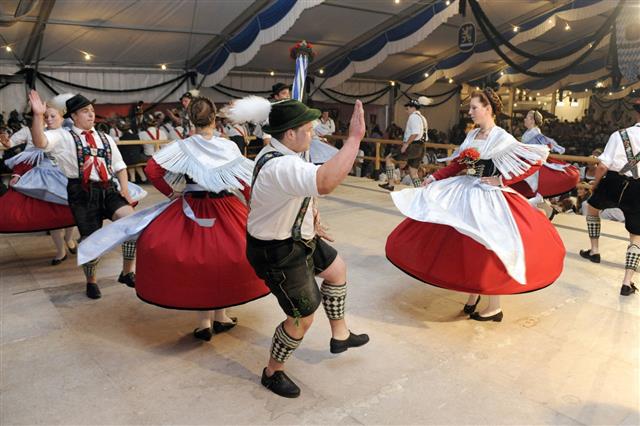 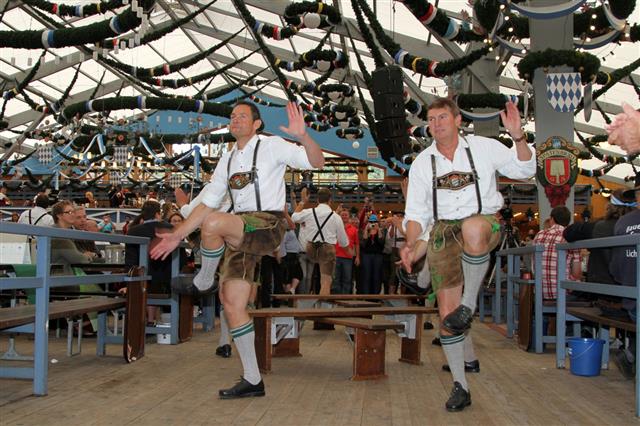 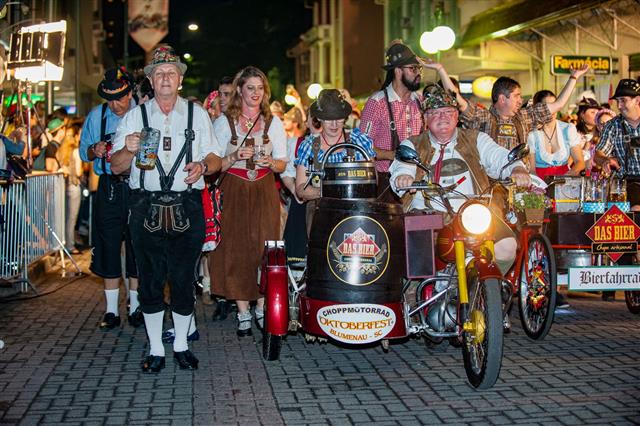 Along with beer, bratwurst and football, another distinct part of German culture is the attire or clothes worn. Before jeans and T-shirts came along, Germans followed the European customs of formal wear, shirts and pants, adjusted and designed with a unique twist, keeping their cultural identity in mind. The result, feminine wear such as the dirndl and the Goldhauben to name a few. In this article, learn what clothes make up the traditional German man’s wardrobe.

Traditional German shirts are collared and formal, in long or short sleeves. Pullovers and pleated shirts also have collars, V neck shirts or T-shirts do not exist in traditional German clothing. Trachten or formal dress wear for occasions and festivals, are usually white or cream. Other shirt colors include plaids and checks. The key feature of such shirts is the embroidery and decorative work down the collar or even along the shirt pocket. Motifs include leaf or edelweiss in a non feminine but embellishing style. Stag buttons, medallions and stitched-on suspenders are used to add to the distinctive German look of such shirts.

Vests are another part of the traditional German man’s wardrobe. A smart loden vest is worn to complement the lederhosen worn beneath. Colorful trimmings and embroidery are used to add to the formal look of the vest. A style popular amongst older gentleman and more orthodox accessory for a vest is a vest chain or a watch chain.

What about coats, jackets and the like? This form of clothing varies based on regional preferences and customs. But one example would be the Loden cape, which is a heavy duty cloak or coat. This coat is water resistant and made of thick wool. It can be fastened by golden chains across the throat or by a buttoned up collar. A type of traditional style is the Altdeutsche Tracht, adopted in the mid 1800’s, where men wore a long and fitted coat with an open collar. Such coats had to be black.

Lederhosen are breeches or pants made of leather or suede. They come in two variants: short and above the knee are called lederhosen, at the knee or longer than knee length are called bundhosen. They are very durable and hardy wear. Though their buying or making cost may be high, lederhosen are capable of lasting for generations. Well-worn, old lederhosen are equivalent to a nice, broken-in pair of Levi’s, comfortable yet sturdy.

They can be plain and unadorned or artistically embroidered, with simple leaf motifs and designs. Lederhosen are usually in dark and somber colors like black, dark brown or green, with the embroidery being a brighter color, that gives off a debonair air. They have a distinct frontal flap and sometimes, have suspenders. Bundhosen have tie-ups or strings at the knee level, to tighten them around the knee area, so as to emphasize the breeches effect.

For teens and boys, the lederhosen is shorter, way above the knee. The frontal flap drops out visibly and they have suspenders and braces to hold them up. They can have lighter colors such as gray or blue but are not embroidered. Lederhosen are not part of Germany’s national costume but were the traditional attire for farmers, field workers and laborers, due to the comfort of the pants and their easy maintenance. This form of attire was widespread in reach and popularity, as German males of the Alpine region, Bavaria and the cities wore lederhosen in work and at leisure times. Nowadays, they are worn only at German festivals but German men do sport this traditional pant, while hiking or working outdoors.

German headgear once again differs from region to region and depending on the occasion. There’s the Alpine hat, made of wool or felt, with a short brim only towards the front of the hat. The hat has a sharp or pointy top. A belted band at the crown with a feather stuck jauntily in one corner and dark, somber colors like green or black, make this hat a smart headpiece.

The Miesbacher hat is another hat style, with a complete round but short brim with a rounded top. This is a very regional style coming from a town in Bavaria. This hat can be decorated by braid, gold cord or lace and feathers. The Tyrolean hat is also popular and is made of felt with a thin cord or braid around the base of the crown. Feathers can be used for decorating, another style is to stick hat pins or small badges on the crown. With most German hats, the hat is one size smaller than the individual’s actual hat size, so the hat sits on the head, rather than over it.

Shoes are made of leather, with laces or hooks along the side. Thick woolen socks are worn under lederhosen, either full length or ankle length. Sometimes the socks are embroidered. Suspenders are a very important part of adorning or completing the German man’s attire. They have narrow straps and sometimes, are decorated with an embroidered breast plate. Leather, felt or goat leather are materials used. Ties can clipped or tied on. They are usually heavily embroidered and paired with plain collared shirts. They must match the lederhosen in color and style. Tie rings and clip-on badges or pins add a decorative touch.

That was an in-depth look at what makes up the traditional dress for German men. So whether you are preparing for a trip to Germany and want to blend in with the locals or dressing it up German style, for Oktoberfest, you are now all set with what to wear. Prost! 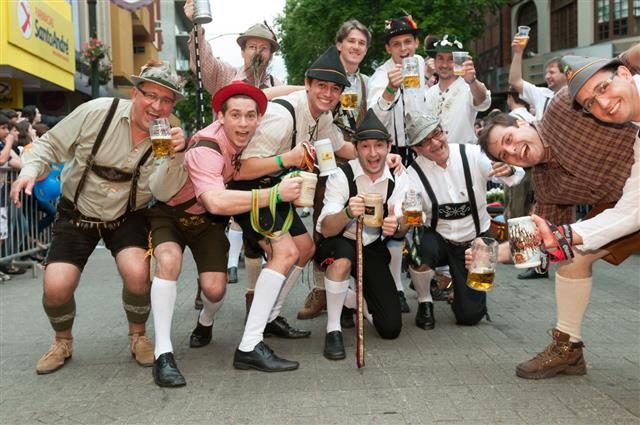