What to Talk About With a Girl You Just Met Online: Find Out Now!

Nowadays, it has become easier to meet people online as compared to meeting them in person, especially when it comes to the opposite sex. A lot of people get intimidated by the whole idea of initiating a conversation, especially with girls. Fret not, MenWit will give you all the guidance you need, and you would just know what to talk about with a girl you just met online.

Home / Uncategorized / What to Talk About With a Girl You Just Met Online: Find Out Now! 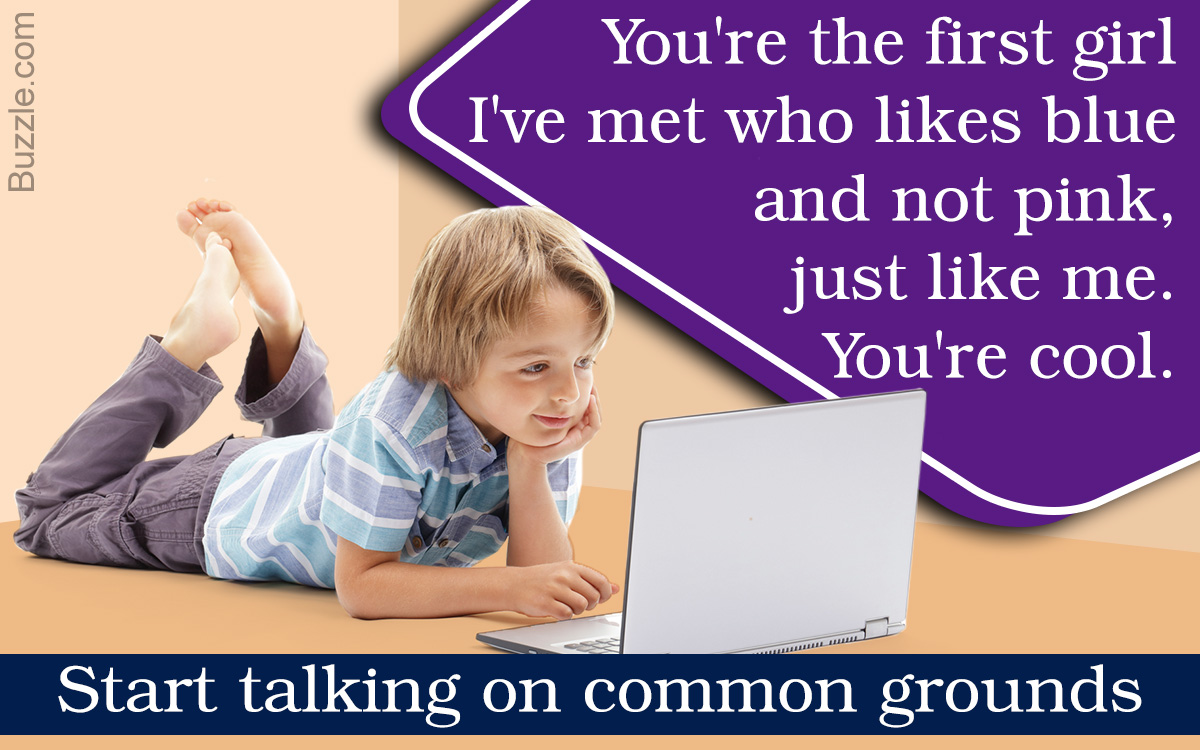 Nowadays, it has become easier to meet people online as compared to meeting them in person, especially when it comes to the opposite sex. A lot of people get intimidated by the whole idea of initiating a conversation, especially with girls. Fret not, MenWit will give you all the guidance you need, and you would just know what to talk about with a girl you just met online.

According to a study published in the Proceedings of the National Academy of Sciences, in the United States, almost one-third of the couples who are married have met online. And, they are also likely to have a more long-lasting, satisfying, and happy union, as compared to the rest of the couples.

There is a reason why half of the girls out there don’t accept the chats, friendship requests, pokes, blah, blah, blah, of people they don’t know. It’s not that they act prissy or want you to get the moon and stars for them. It’s just that they have probably met zillions of guys who have approached them online and ended up being these desperate perverts who spoke, thought, and did everything they were not supposed to do. So, yes, if your approach is refreshingly genuine and polite, there is no reason why the girl wouldn’t reciprocate in a friendly manner (unless she’s actually acting prissy).

Before we begin, understand that there are different types of reasons why you would want to approach a girl online. Maybe because she’s really hot and you want to try your luck reaching her bedroom. Or, she seems nice, you’ve read her profile information, and you think that you guys will get along quite well, hence, you wish to know her better. This article is for the second group. For guys who belong to the first one, we (don’t) apologize.

How and What to Talk with a Girl Online So That You Don’t Mess it Up!

The world has spoken enough of how women are so difficult to understand! You never know what you might say or do, that would offend them. While this statement is true in its own way, another truth is that like men, women too are in constant search of friends that can bring a sense of refreshment in their lives. Things get difficult for guys because girls tend to put the ball in their court, at least when it comes to initiating everything―conversation, dates, proposals! Worry not, the following tips will help you do your homework just right, before you start interacting with her online. Although your intentions may be of just friendship, you still want to get her to think nice about you, don’t you?

What Would You Talk About?

When you’re clueless about where you’re heading, it is best to take the most of what you have. In this case, you have her profile information. While she may have hidden most of it, you can still go through her “favorites” section―music, movies, books, hobbies―to at least get a remote idea what she’s like. If you two have something in common, make sure that you keep that in mind when initiating a conversation. For example, if she’s into football, you can start with something like, “Hey, you’re one of the very few girls I know who likes football. Couldn’t help but convey that to you. What’s your favorite team?” Or, if she’s a fan of your favorite rock band, you can take that as a conversation starter and give your friendship a start.

Tip: Don’t start your conversation with the usual “Hey” or “What’s up?” It’s boring and old. You want to get a reply, include a commonality in the first thing you say.

There is nothing that grabs the attention of a girl like true gentleman demeanor. Yes, it can be reflected even through your chats. Some simple sentences such as, “Do you mind if we introduce ourselves to each other?” or, “I would really like to get to know you since we have so much in common, but I will proceed only if you’re comfortable.” would work wonders. Because you are not forcing the conversation, you are giving her consent equal importance, she is likely to be swayed by your good manners. Even when she doesn’t respond and you don’t want to wait any more, just don’t disappear. Leave her a goodbye message, for example, “I understand talking to strangers can get intimidating. We don’t live among angels now, do we? Anyway, I have to sign off now. Goodbye.” Whether she responds, or she doesn’t, at least you have been the polite gentleman that has left a good impression on her.

Tip: Being a gentleman in no way implies showing off, in fact, if you show off you are going down the drain. And yes, no Bible-sized or one-two word messages please! A line or two would be enough. Nothing more, nothing less.

Think and Talk, But Don’t Think Too Much!

We have seen many cases where guys end up thinking too much and then goof it all up. Remember, you have to show the good side of ‘Yourself’ to the girl. The last thing you want is to never ask her number because you thought too much of how she would turn you down. Or, knowing that she is online, (and that she can see you online) not initiate the chat because she will think you are some weird despot. Invariably, you must maintain a safe balance, but don’t let her smell that you’re playing mind games here by thinking way too much.

Tip: Have a neutral approach during the entire process. Don’t be too excited or unexcited about any conversation with her. Just do your part and see how the cards unfold. Don’t expect to hit a jackpot instantly!

No Pretentious Talks. Talk About the Real You

The last thing you can do to mess it all up is to pretend to be this guy you’re actually not. Don’t you remember that eventually you’ll have to meet her face to face? If you’re not this popular basketball captain in college, it’s cool. If you don’t like reading, it’s fine. If you don’t own a sports car, it’s okay. Just don’t say or do things just to grab her attention. Remember, for whatever reasons you’re getting close to her, the bonding won’t last if you can’t be yourself with her. Be proud to say that you have a thing for comics and toy collection. Talk to her about the things that make you, you. Who knows, your personality may give her the refreshing new breeze that she was looking for till now?

Tip: Remember, you’re talking to a girl. So, you have to do more of the listening. Talk about yourself in details only when she asks you too. Otherwise, just reciprocate along with her. Focus on the listening, in this case, careful ‘reading’ of her interests and the other things she shares with you.

If it Clicks, Talk About Stuff That’s Okay to Talk About!

It either clicks or it doesn’t, it’s as simple as that. In fact, within the first three or four chats you would know where this whole ‘getting to know each other’ thing is headed. If you guys have had enjoyable talks about your common interests―the whether, pets, latest buzz in town―you know that you’ve found yet another like-minded friend. Then, while maintaining the gentleman impression, talk to her like you would to a close and understanding friend. However, ensure that you don’t end up assuming things and end up doing something to offend her feelings.

Tip: Many guys, knowingly or (ahem) unknowingly end up getting vulgar or inappropriate once the girl begins to open up. Nah! Don’t do that. Know where to draw the line unless the girl clearly tells you to not draw one.

The thing you must always keep in mind is―perspective! One thing that easily crops up in online chatting is misunderstanding. From your end what may seem like acting prissy, would be nothing else but genuine issues from her end. For instance, if, after a few chats you wish to ask her number, or perhaps, meet her at some coffee joint, and she refuses, or takes time to reciprocate, don’t show it to her that you are disappointed. Be cool. You don’t want to come off as some desperate dude. Think yourself in her shoes. Give her time, and no matter how she responds, be cool about it. It’s not that your life or death depends upon it. Be chilled out and let things take their toll in their own sweet time. Enjoy the journey! 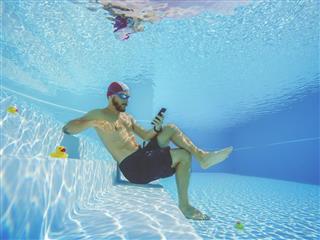 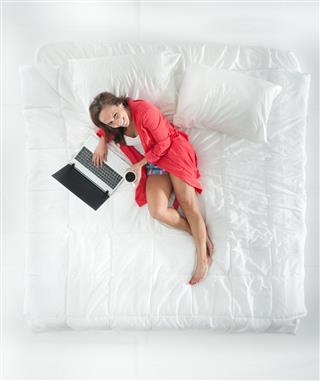